A new city centre in Kiruna 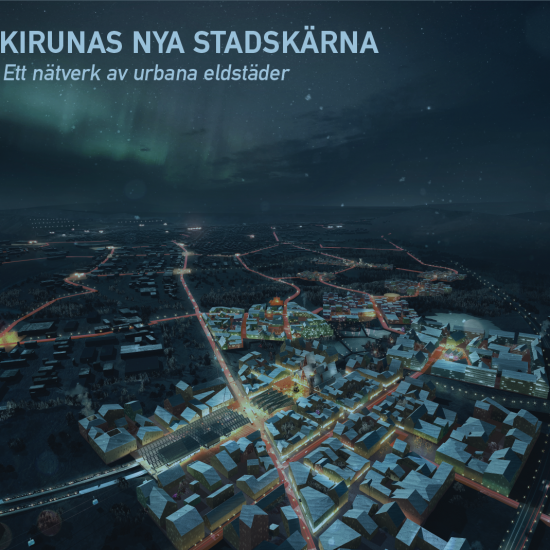 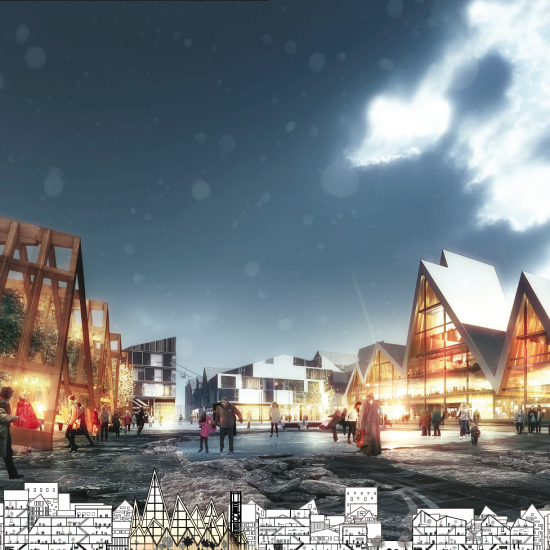 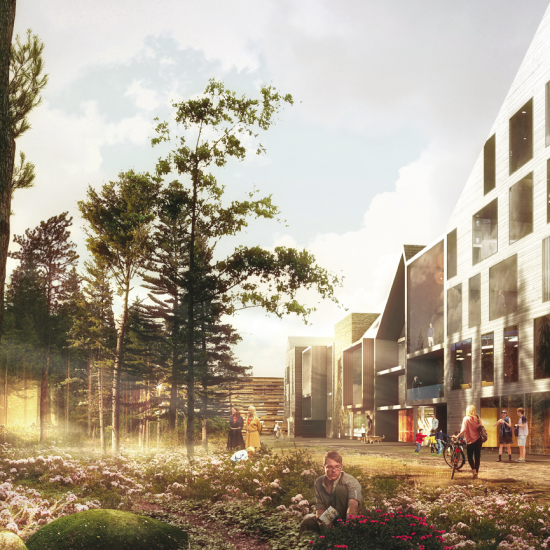 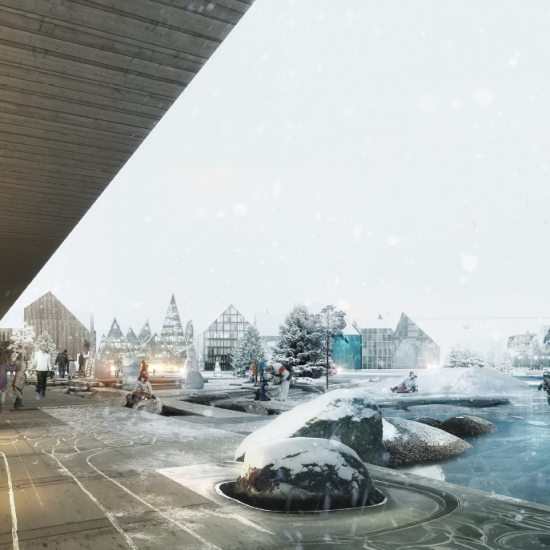 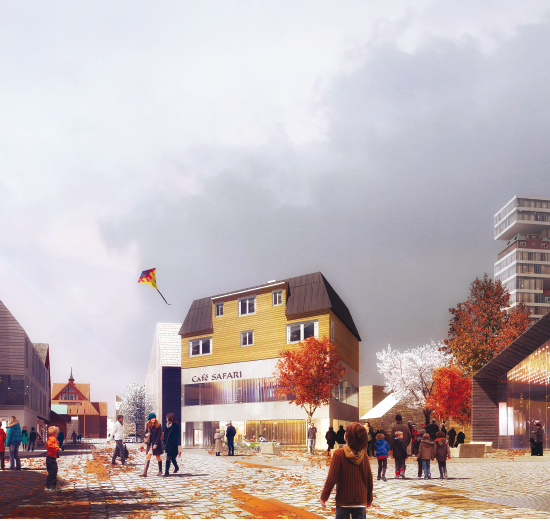 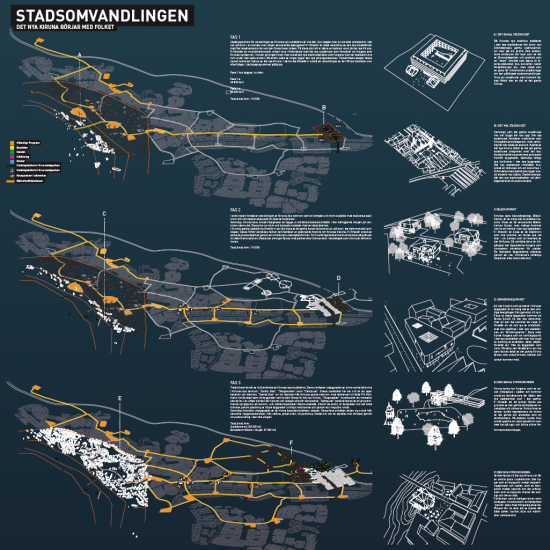 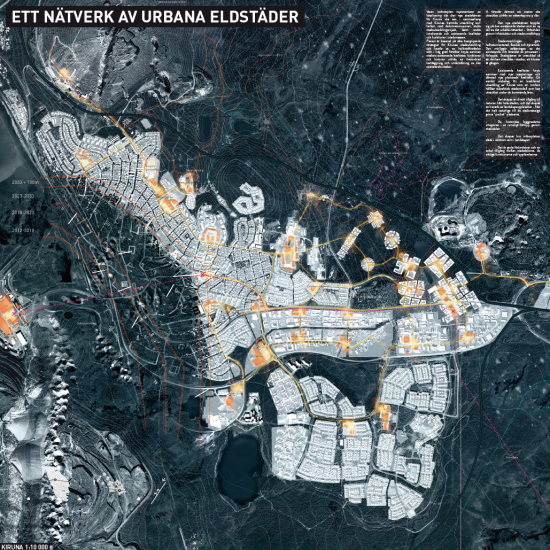 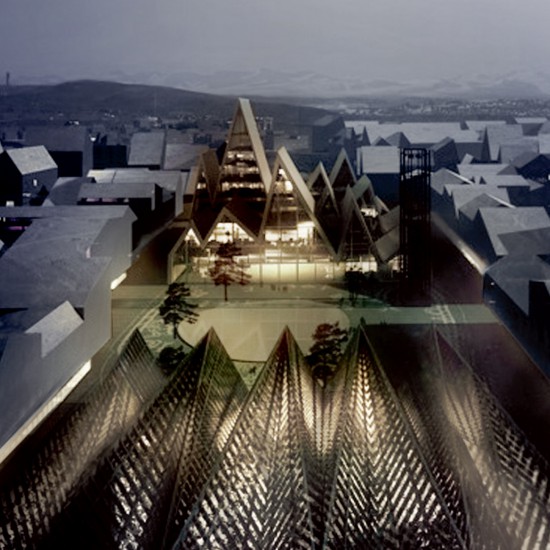 A new city centre in Kiruna

The historical centre of the mining city of Kiruna in northern Sweden has literally been undermined. The lode that is being mined runs right underneath the city, and the ongoing manmade erosion has made it necessary to move the city centre three kilometres east.

The brief for the international architectural competition called for a strategic master plan for the establishment of a new city centre and a proposal for resiting the institutions and historical building that have to be demolished or relocated.

The project proposes the establishment of a new urban network structure of clustered developments around well-defined urban spaces anchored in key public institutions and with a clearly demarcated external boundary towards the surrounding landscape. A modern landscape-based network city where the eroded historical city centre is incorporated as an active element and a storytelling experience landscape.

‘The scheme is based on the development of a network of various nodes all over the city. The nodes, which can be thought of as pawns or platforms in an urban development strategy, can be visiting points of varying character and dignity, ranging from a school to the City Hall. The analysis of the nodes which already exist or can be created in the old city, Lombolo and Tuolluvaara is interesting and makes clear that these places will acquire a new significance in the new Kiruna. It is anticipated that the network will be enlarged step by step: as one node is extinguished in the old city, another will light up in the new city. This dual strategy is both defensive, in the sense of demonstrating that the lights of the old city are being put out, and offensive, in that other places in the city are recharged.’

– Excerpt from the competition jury’s statement