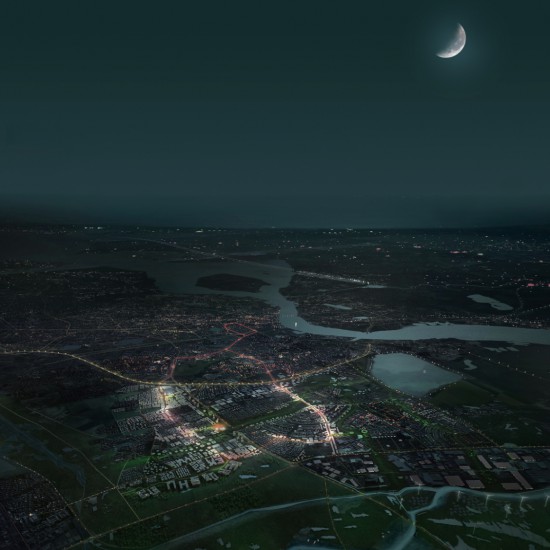 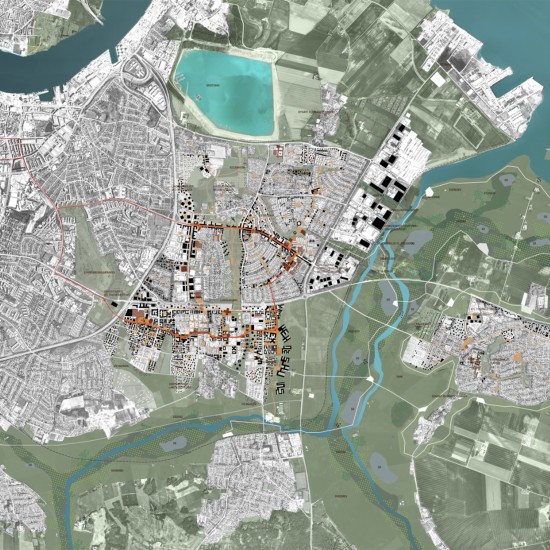 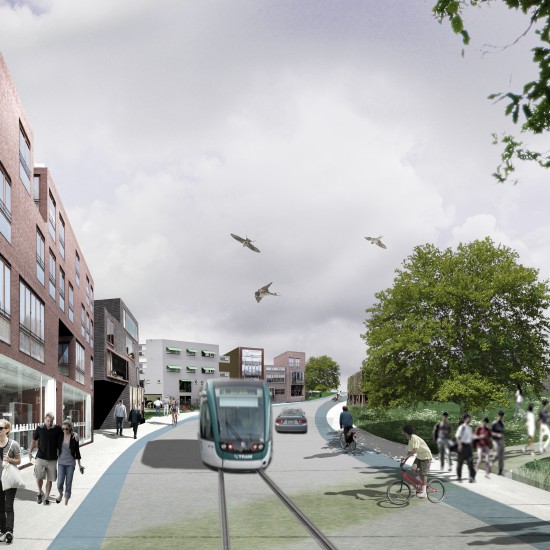 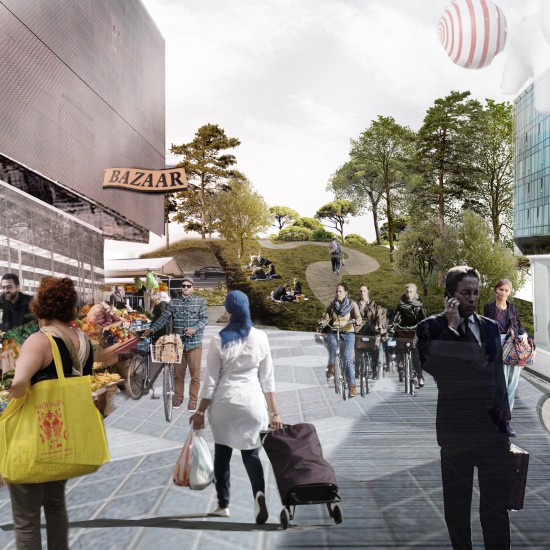 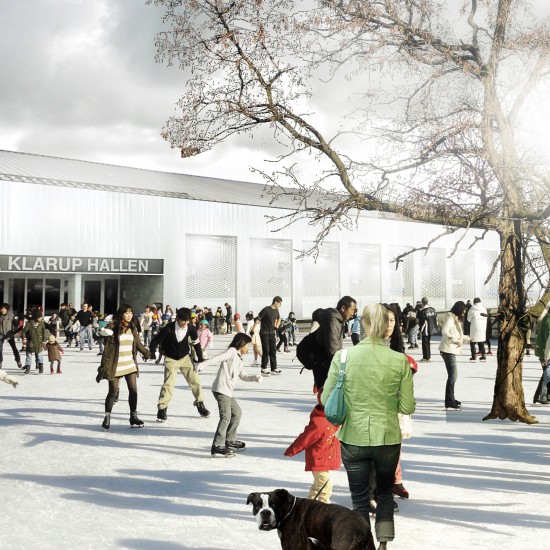 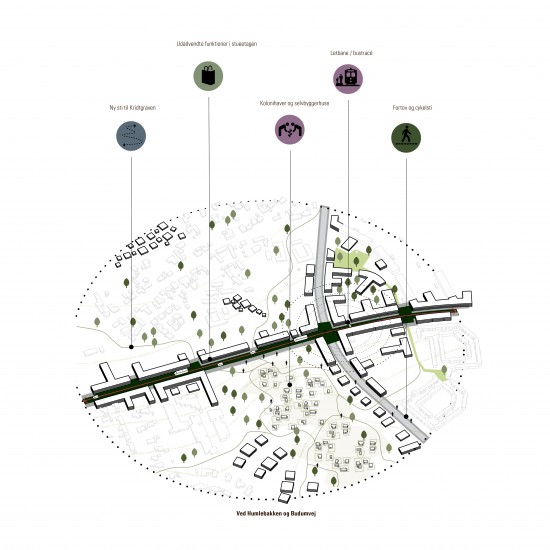 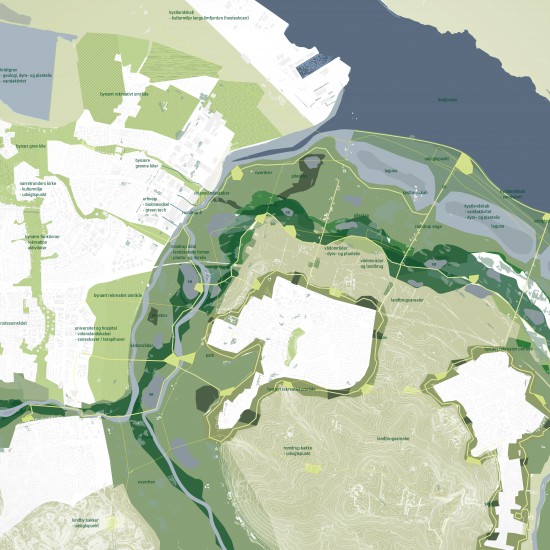 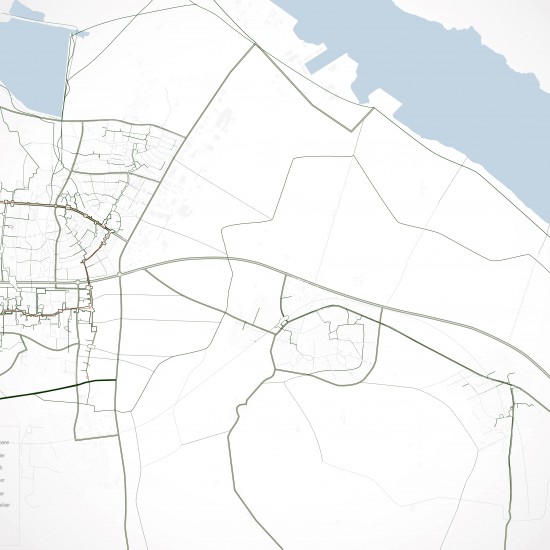 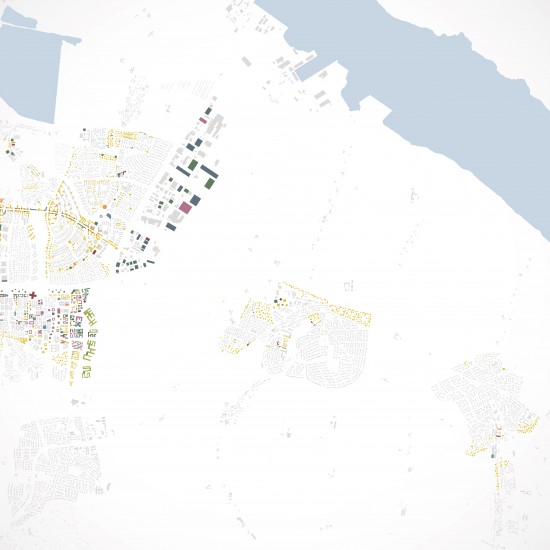 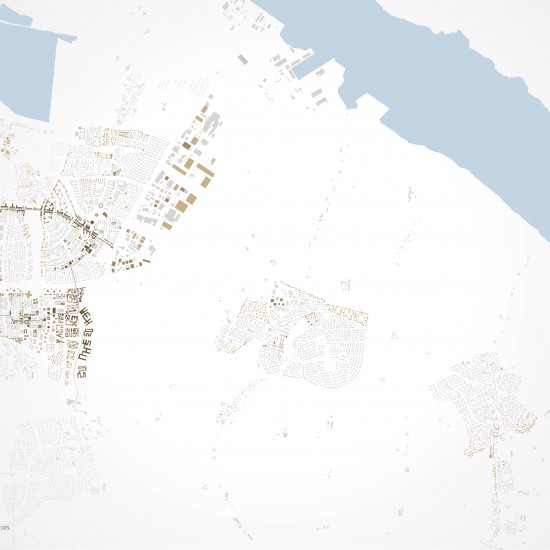 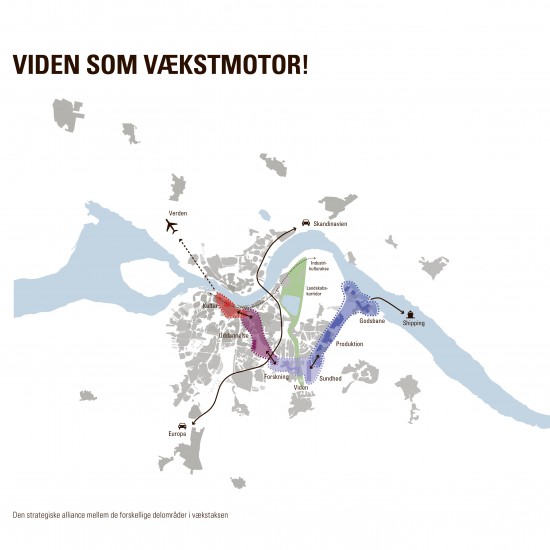 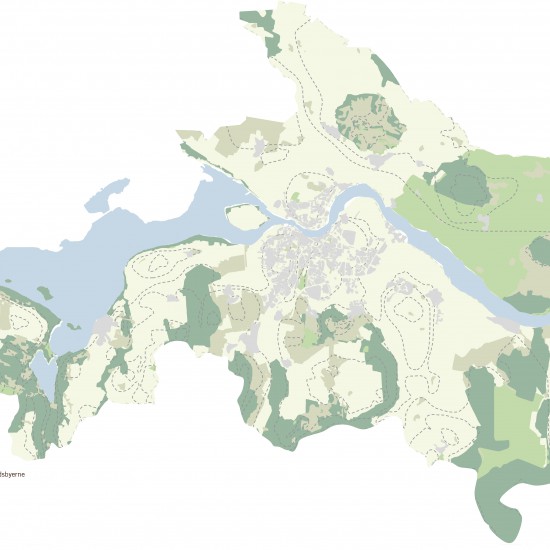 The project vision can be summarized in four main points:

The city should be developed and strengthened, but the size of the footprint should be minimized, and the built area should be put to much more intensive use. The proposal is based on densification as an inescapable premise of sustainable urban development in economic, social and environmental terms.

The landscape and towns around Aalborg are incorporated into the urban development in new ways and reinvented as a natural network and structuring framework that encapsulates and defines the city. The landscape is included as a key factor in an active climate and water strategy: an area for developing new sustainable production forms, increasing biodiversity and securing recreational values.

Knowledge as a growth engine

The untapped potentials of the gaps and green wedges will be to new uses. The recreational areas and traffic zones are upgraded to become new meeting places, destinations for excursions, cultivation areas and safe connections. Parts of the recreational gaps will be converted to social purposes with a better capacity for integrating and activating the space in between the buildings. The gaps will be transformed from a fragmented maze into a clear system of connections of landscape diversity, varied niches and a more differentiated progression.

These strategies derive from an in-depth analysis of Aalborg’s historical urban development, its present characteristics, challenges and potentials and the way the city relates to the surrounding landscape and towns. The implementation of the strategies is described in two plans with 2017 and 2030 as their respective horizons.