Farum: Suburbs of The Future 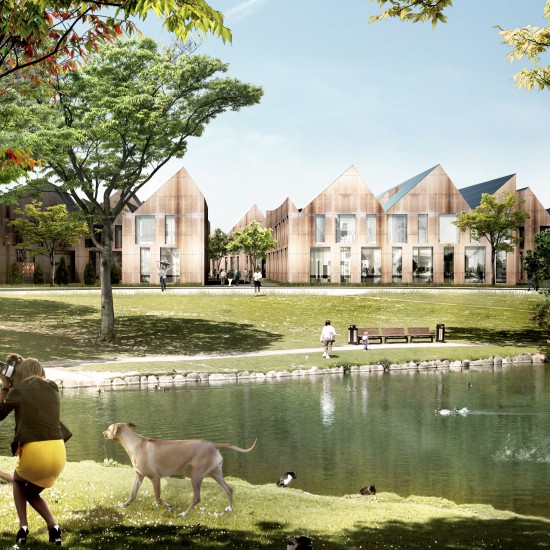 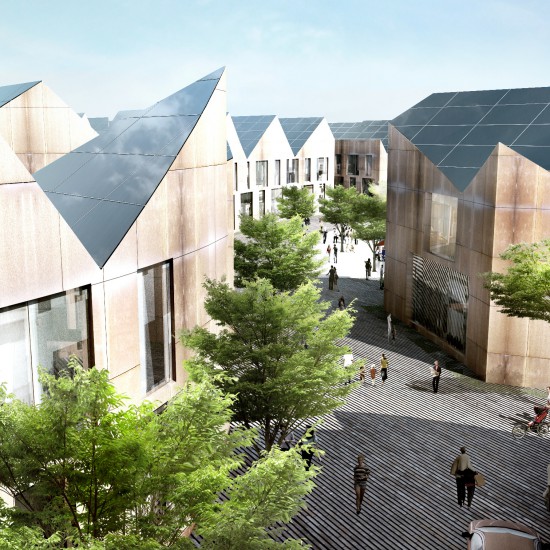 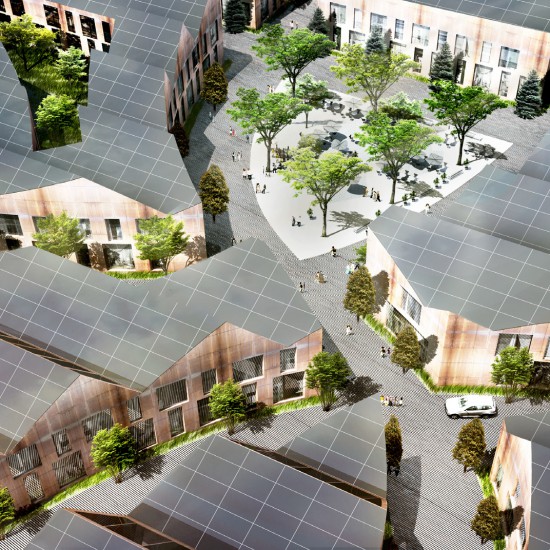 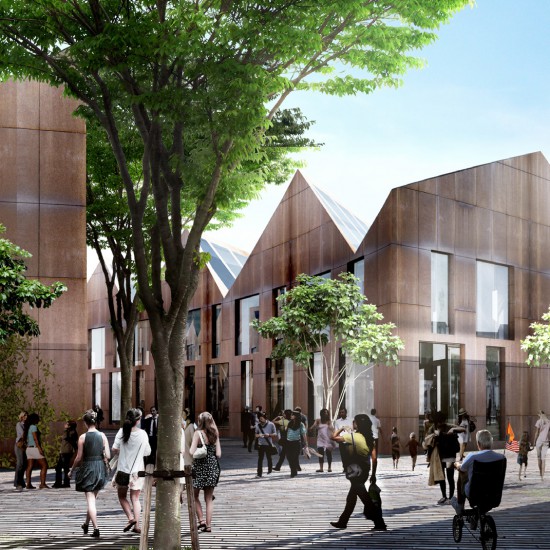 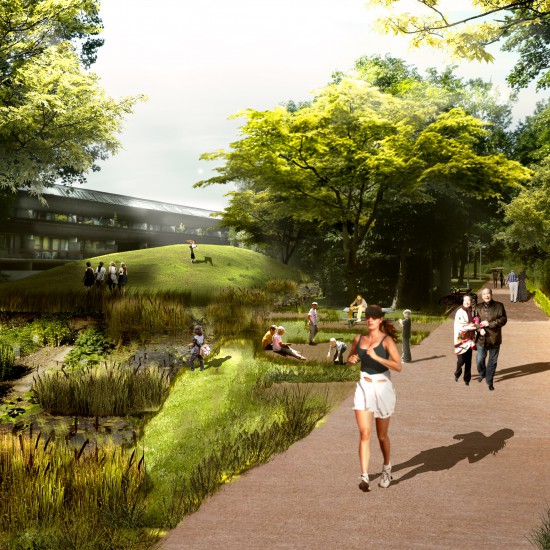 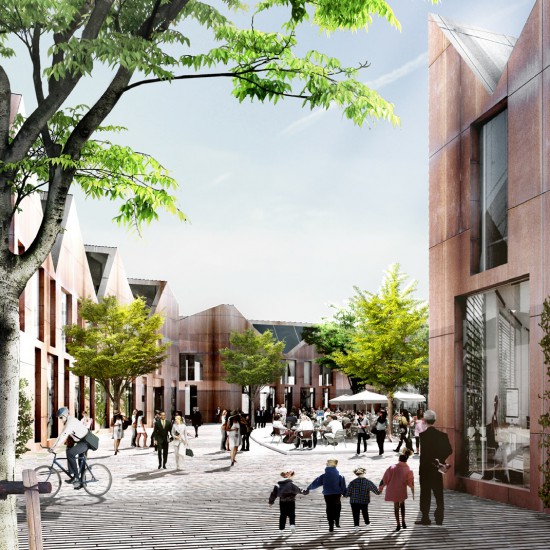 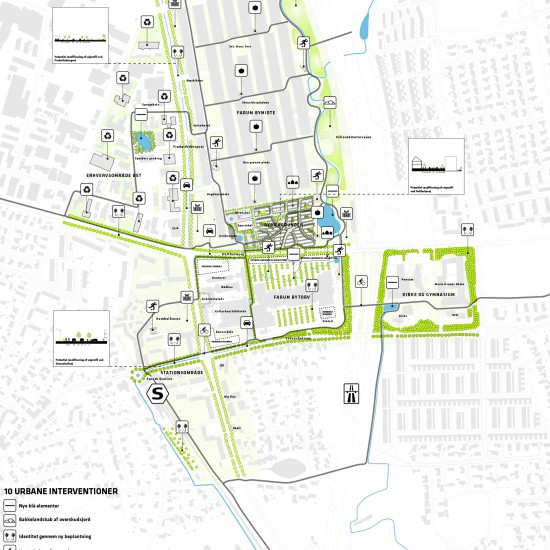 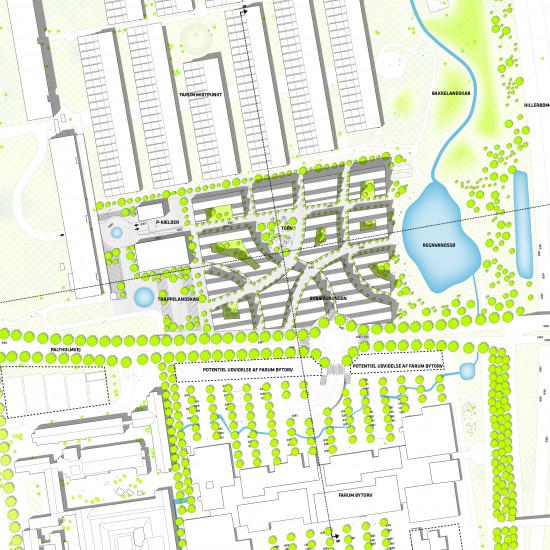 Farum: Suburbs of The Future

There is solid scientific evidence that unhindered access to green areas contributes to human happiness and well-being. The combination of housing developments and green areas – city and landscape – is clearly the suburb’s biggest asset. The vision of living in a calm, peaceful urban space is virtually a universal dream, and when asked where they would prefer to live, most Danes answer close to the beach and the wood. These features are in abundantly supply in Farum.

The core goal of the project is therefore not an ambition of saving Farum but rather of proposing a new antithesis to the ‘inherent logic’ of the suburb or a achieving a transformation guided by historical urban ideals. Generally, the proposal aims for an architecture that accomplishes surgical improvements to Farum’s characteristic buildings and parks. The interventions operate on three levels: smaller, isolated points, extensive linear developments and larger, interconnected landscape networks.

One of the guidelines for the project has been the ambition of articulating specific ideas for combining sustainable urban development and modern suburban living. The proposal seeks to break down the rigid functional division between housing, infrastructure, business and industry that modernist planning imposed a little too rigidly. Instead, the proposal calls for a more distinctive and differentiated use of vegetation along the major roads to give the high-efficiency traffic machine a poetic dimension along with the establishment of new ‘bridges’ and visual connections between the enclaves. In addition, the proposal reintroduces the ‘old’ system of streams and wetlands that makes up a neglected network in the landscape.