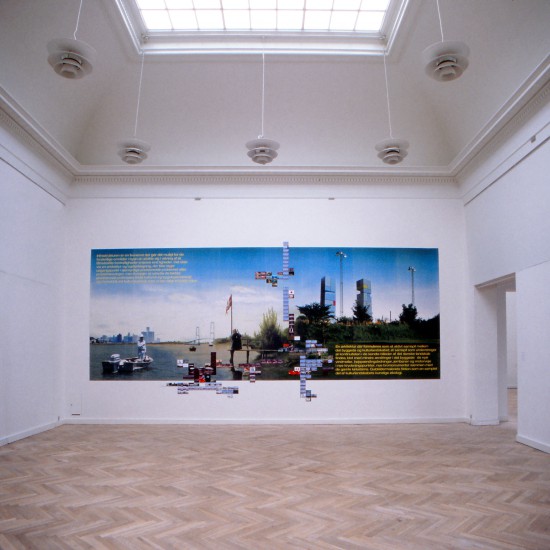 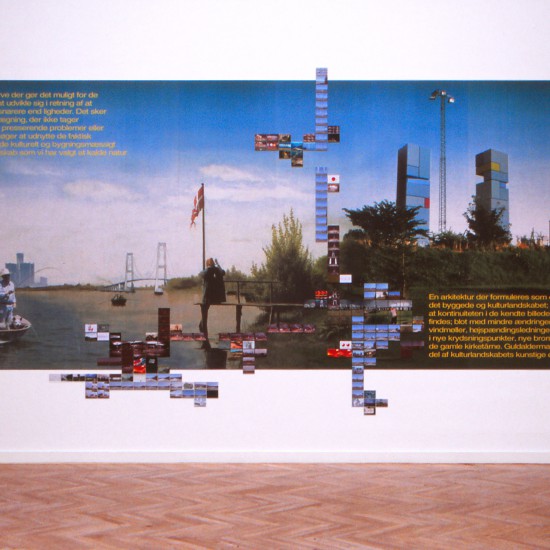 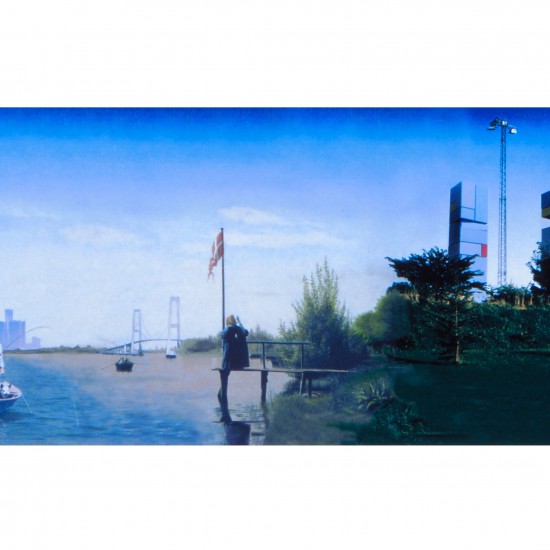 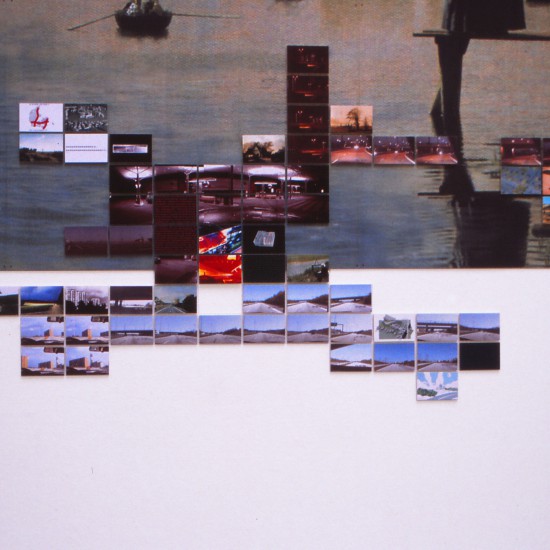 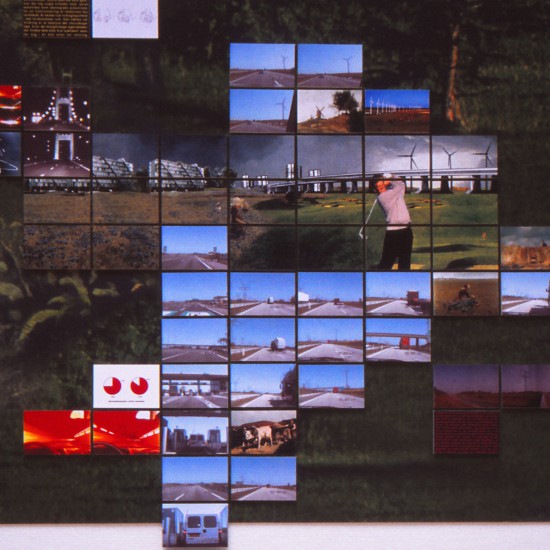 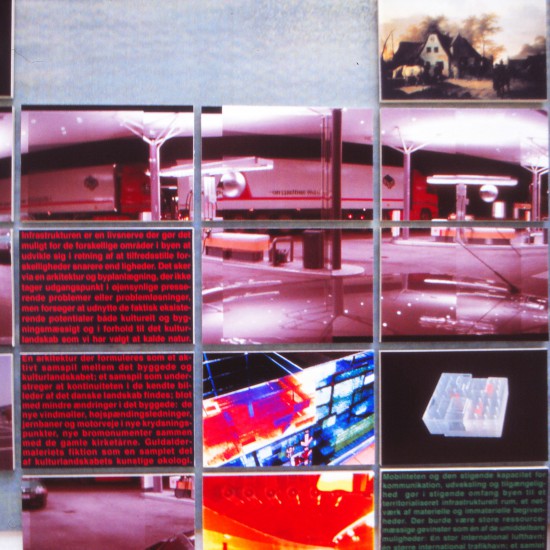 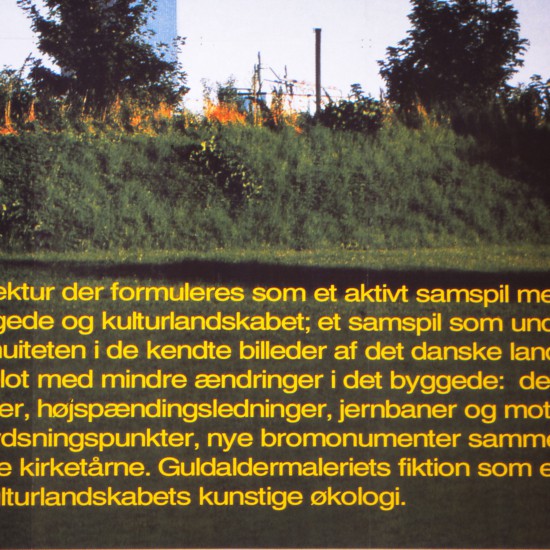 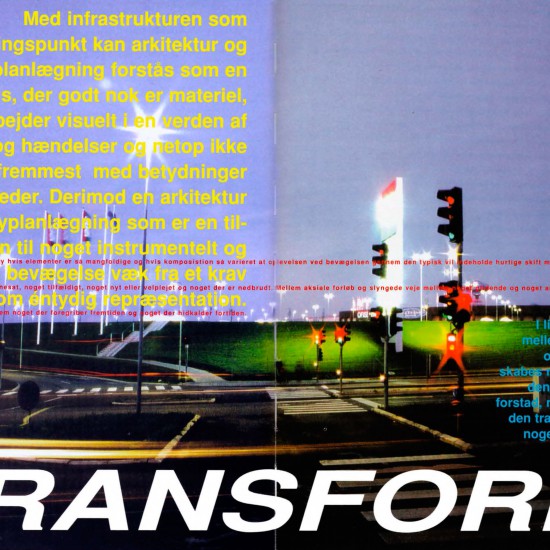 The six-metre-long collage ‘Project H-City’ was TRANSFORM’s first exhibition project and the beginning of a series of investigative projects and themed exhibitions that sought to draw the contours of an emergent fusion of urban areas around the H-shaped highway network connecting Denmark from east to west and from north to south that was realized, after 60 years of planning, when the Storebælt bridge was built.

The collage portrayed a new national infrastructure landscape and hinted at the emergence of new branding strategies and imagining tools that later would influence the identity policies and physical development strategies of the cities associated with the H-shaped national highway system.

The H-City project was also featured in the catalogue for Cittá: Third Millennium ‘7th International Architecture Exhibition: competition of ideas’.