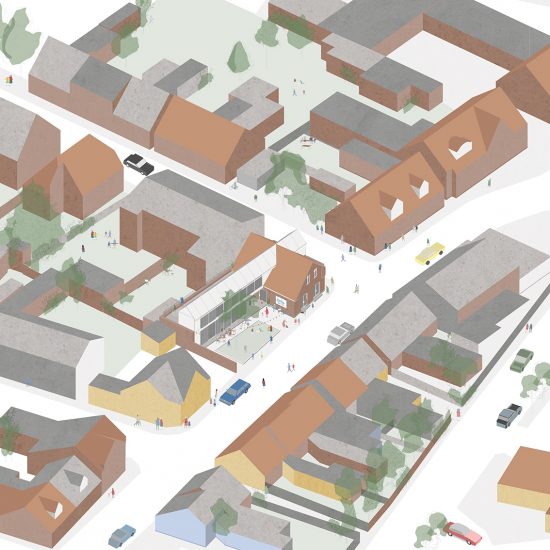 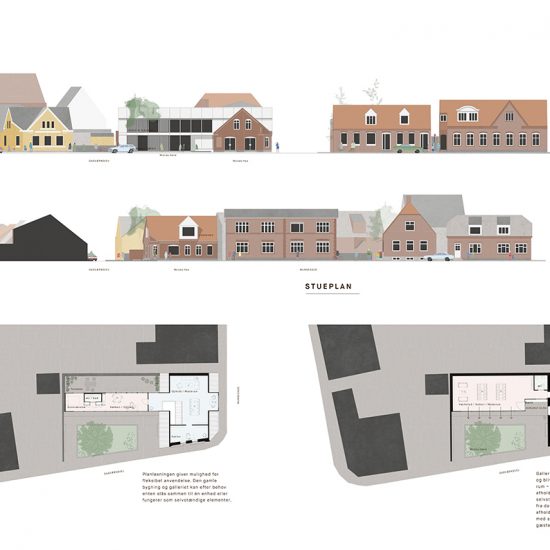 Concept design for a comprehensive renovation, new annex and repurposing of Monas Hus (Mona’s House) on the corner of Gasværksvej and Munkegade in the Danish town of Nykøbing Mors. The project was developed in collaboration with Praksis Arkitekter at the initiative of a group of active locals, businesspeople, city councillors and friends of the annual event Kulturmødet Mors (Mors Culture Meeting). It is intended as a first step and a vision for a process that is expected to be realized in stages. The goal of the non-profit endeavour is to turn Monas Hus, with its unique history, into a common meeting place and a forum for promoting cultural activities and volunteer associations on the island of Mors in the west of Denmark.

Since 2014, a series of well-visited exhibitions, poetry readings, concerts, public debates and other events have been held in private homes on Gasværksvej in Nykøbing Mors in connection with Kulturmødet. Lena and Marco invited then Minister of Culture Marianne Jelved to their house for pancakes, and over the years, varying ministers of culture have visited several of the residents in the street to debate the importance of art and culture for society. The acclaimed Danish poet Søren Ulrik Thomsen has read from his own work in Else Marie’s house. The local theatre Limfjordsteatret has staged living room performances, and musicians from all over the country have given house concerts in several of the small houses on Gasværksvej. The Monas Hus project is envisioned as the next step in the gradual process of embedding Kulturmødet in the local community.