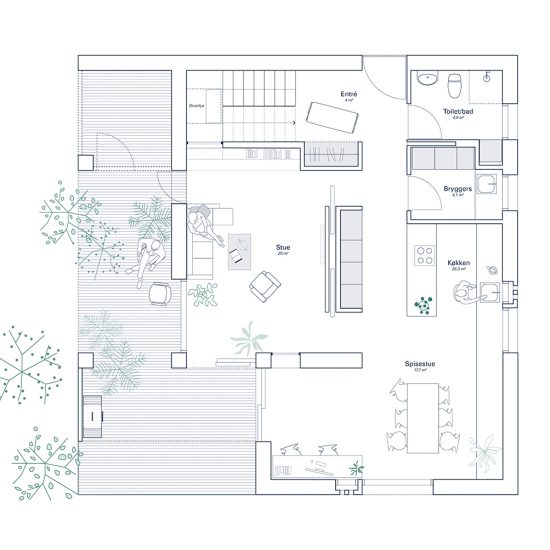 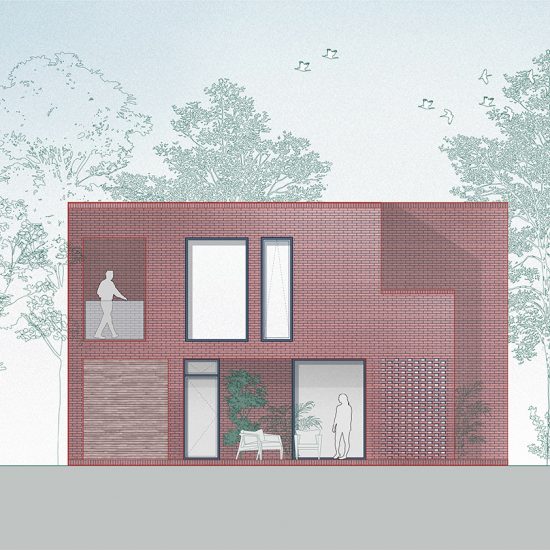 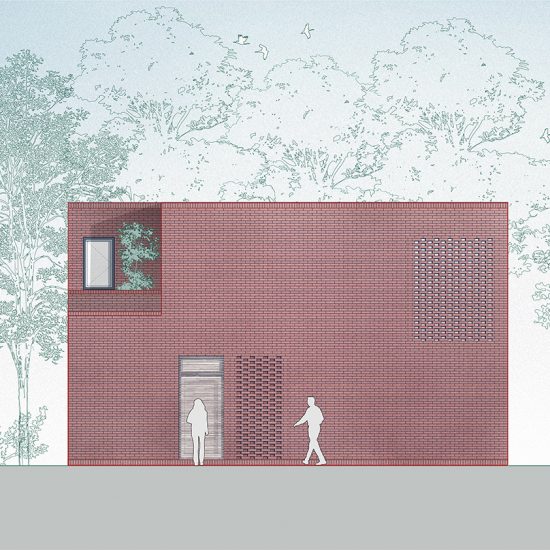 Sketch proposal for a two-storey single-family house in the Aarhus suburb of Risskov. The house is located on an attractive site close to the wood. The main common rooms at the ground-floor level have direct access to the partially covered patios, which are oriented towards the west-facing outdoor areas and the woodland to the south. Both of the nurseries on the first floor have their own balcony, and the family also has access to a common balcony towards the east. The east facade is gradually reduced from two storeys to one in order to comply with current regulations, and the north-eastern corner is finished with a sedum roof-top garden. The north facade appears fairly closed off in order to maintain privacy in relation to the neighbouring building and is designed to accommodate wall climbing plants.

The fully brick-built house is designed to be constructed of hard-fired red bricks. The hand-crafted expression is supported by wall sections with a pattern that produces an interplay of light and shadow in the facade and sophisticated light effects in certain sections. The large, distinctive window sections and sliding doors set in dark aluminium frames are recessed in order to further underscore the measured gravity in the building’s expression. The built-in shed in the north-western corner and the north-facing main entrance door are made of oak.