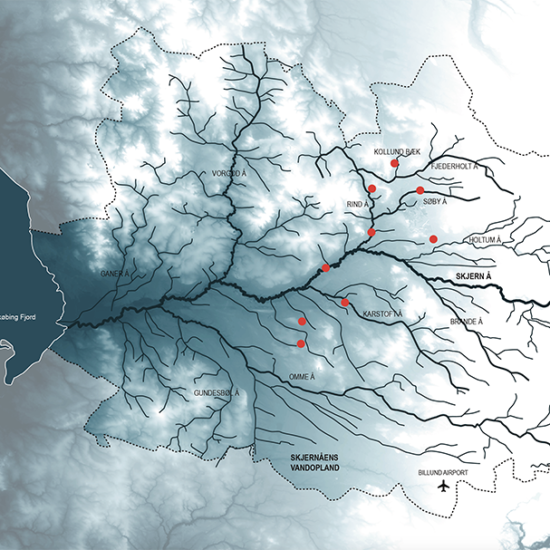 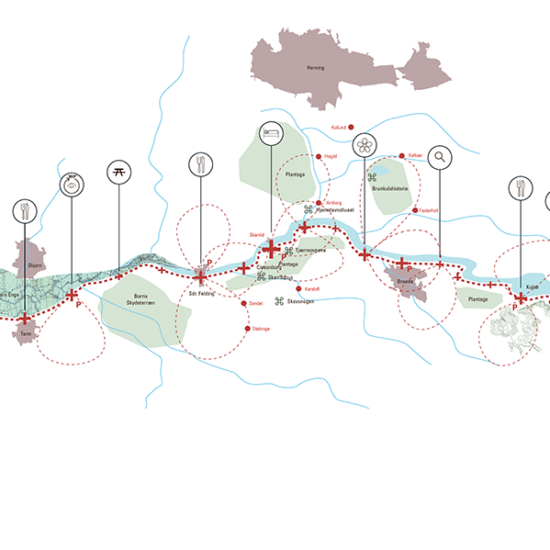 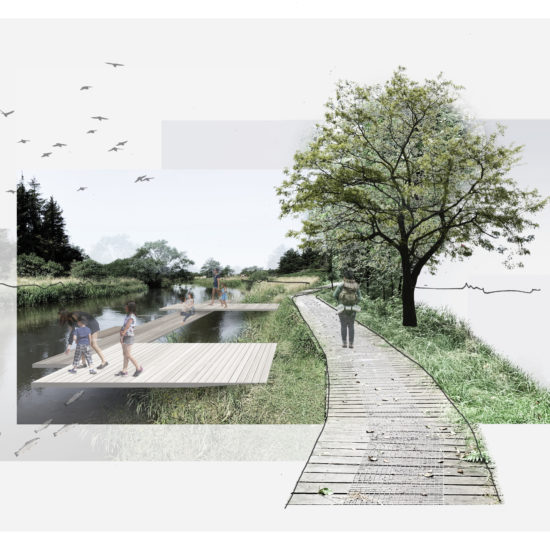 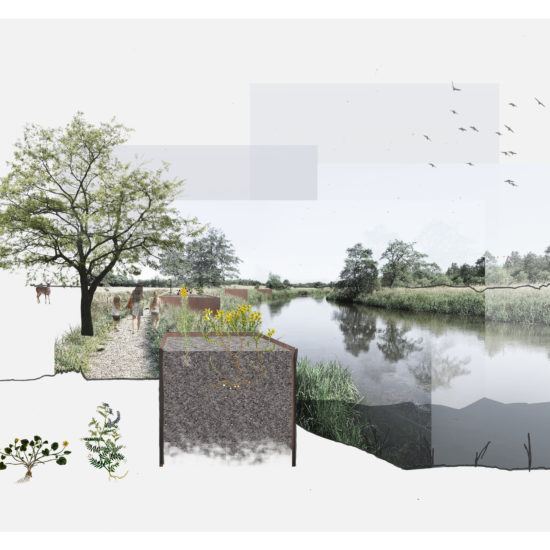 The overall goal of the vision, in all simplicity, is to maximize opportunities for people to walk, cycle and sail the full length of the Skjern Å river. To activate and provide access to the almost 100-km-long natural blue-green infrastructure for the general public, visiting tourists and the many people living in the larger surrounding landscape. To physically and mentally open the 2,400-square-kilometre landscape up to everyone and tell its many fascinating stories about how people have lived and in and off nature for millennia. The story of the natural variation of this section of central and western Jutland, from the rich soil of the hilly moraine country to the east to the wide open coastal meadows to the west. The story of the many unique places the local inhabitants have created and shaped over generations. The story of community building and everyday life in the many small settlements that have emerged along the waterways, from Jutland’s ice age ridge to the inlet of Ringkøbing Fjord. And, not least, to lay a foundation for the development of new stories in the extensive landscape we have named Ålandet (River Country). To tell a living story that points to the future and promotes the development of new sites and the rediscovery of dormant resources. A story of local enterprise and pride over having ties to the unique local culture and landscape.

The proposal outlines an ambitious project that could become very extensive in the long term. The nine villages that funded the preparation of the proposal are willing to lead the way and drive the process with concrete examples. In addition to the overall vision, the material thus also outlines ideas for possible local projects to serve as tangible manifestations of aspects of the larger vision. Such model examples could make an important difference for the participating communities and indicate a path towards the long-term goal.

The vision springs from an independent citizen-driven initiative and invites open dialogue with all interested parties. As the Skjern Å system includes eight municipalities in eastern and western Jutland, over time it would only be natural to turn the project into a multi-municipal partnership, perhaps with support from the state level.