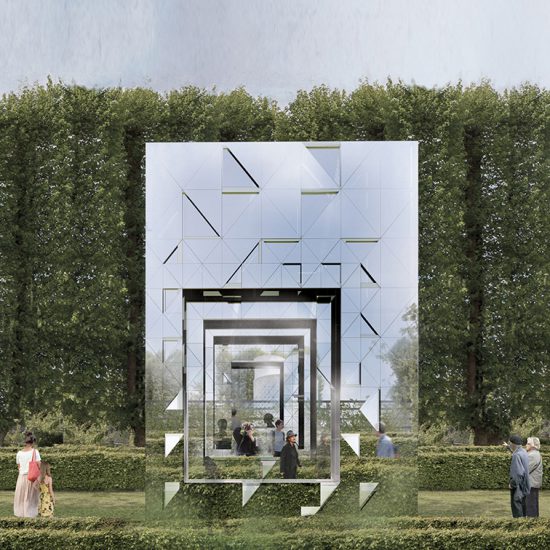 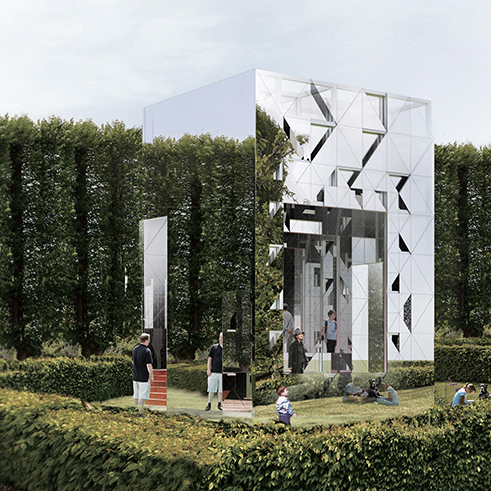 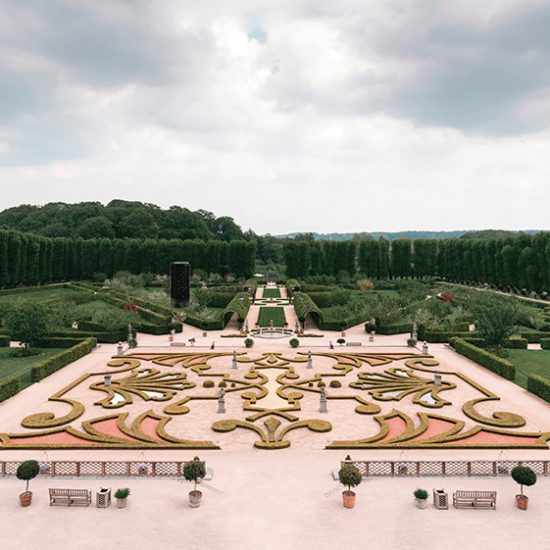 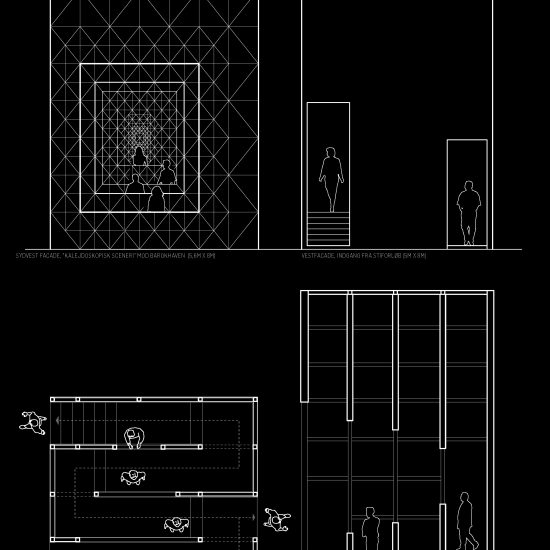 The art gallery Gl. Holtegaard’s pavilion exhibition series about the baroque garden as an exotic frame for the ordered system of living creatures began with the ‘Orangery’, an installation of the vegetable kingdom in a contemporary interpretation of the conservatory. The story about the position assigned to the vegetable kingdom was followed up by a reinterpreted ‘Menagerie’ focused on the animal kingdom. ‘Scenery’ completes the exhibition series with an anthropocentric narrative that brings baroque concepts and notions of the place of mankind in the world into a contemporary context.

The three biological classifications are placed in separate pavilions but embedded in a coherent narrative about their respective positions in the garden world, and thus, the proposal relates actively to the two existing pavilions. ‘Scenery’ is placed at the northern end of the central zone of the garden, clearly connected to the other links in the story – and deliberately positioned in such a way that both ‘Orangery’ and ‘Menagerie’ are visible from the new installation.

The pavilion borrows imagery from the principles pertaining to the two preceding orders and has both an exterior and an interior expression. Viewed from the main gravel paths in the baroque garden, the pavilion will appear as a singular sculpture positioned within its own field, like the ‘Menagerie’. Viewed from the curving paths in the baroque garden that intersect the outer band of vegetation, the pavilion, like the ‘Orangery’, is a node on a path that forms a space-within-a-space. However, the human narrative conveyed by ‘Scenery’ unfolds in a way that differs significantly from the inner passage of the ‘Orangery’. The inner scenery in the proposed pavilion invites a new perception of the surrounding garden facility and also introduces a labyrinthine experience. The pavilion has the same scale and vertical character as the existing pavilions, and like the ‘Orangery’ and the ‘Menagerie’, it appears as an embedded element in the garden structure.