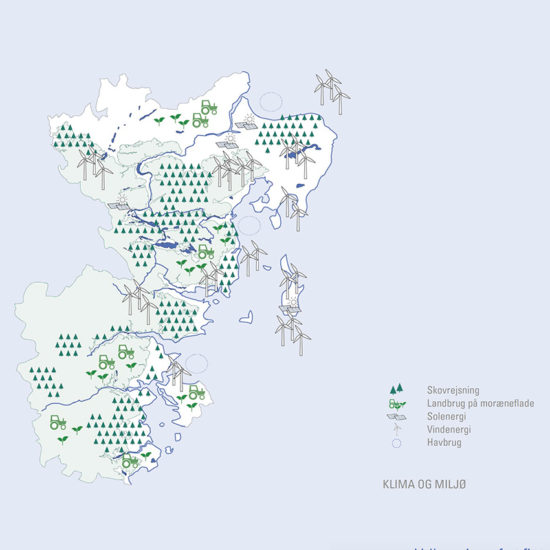 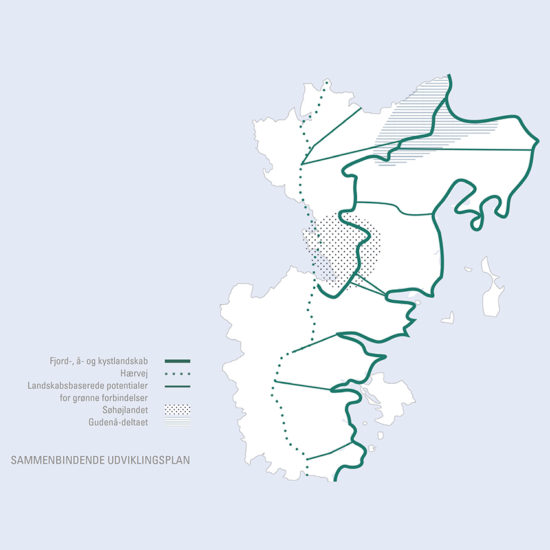 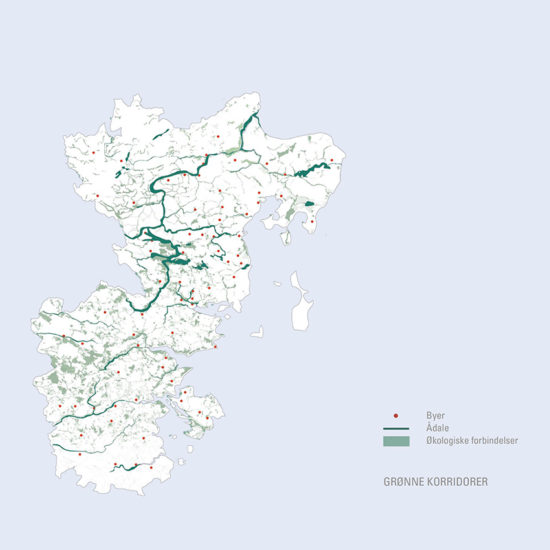 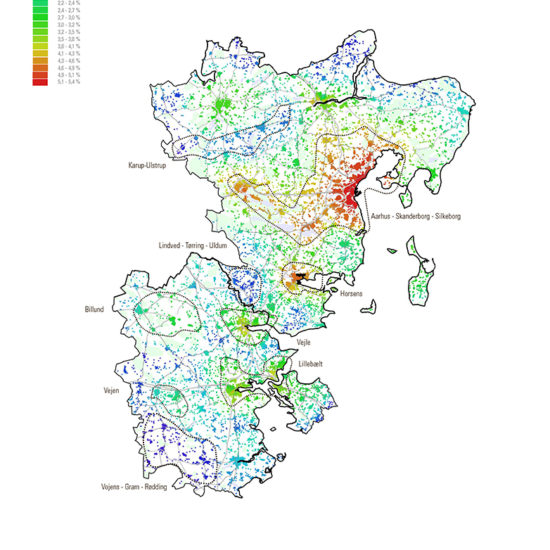 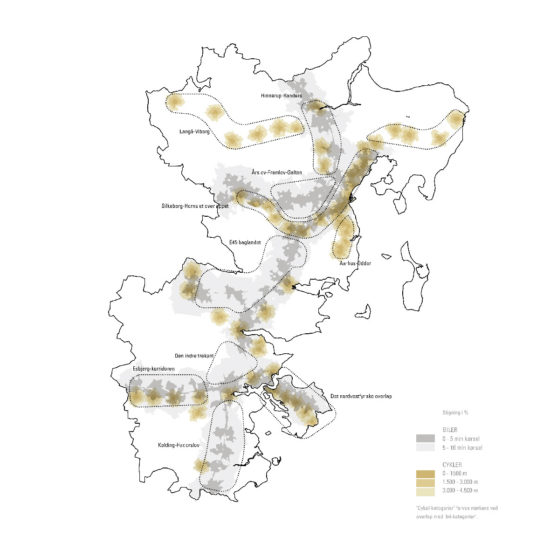 The three development scenarios for East Jutland 2040 were drawn up as part of a Realdania-funded project aimed at proposing a general structural vision for East Jutland. This structural vision is intended to serve as the basis of a coherent long-term regional development strategy for East Jutland – from the northern city of Randers to the southern city of Haderslev. The three scenarios point in different  directions and illustrate different possible development paths and dynamics of growth, but they are all based on an ambition of implementing the United Nations’ 17 Sustainable Development Goals and realizing the Paris Agreement.

Scenario One outlines a development that is ‘driven by nature and the environment’ and describes the transition to a new sustainable balance between natural conditions, modes of production and urbanization, where land restoration is used as part of a targeted effort to achieve the Sustainable Development Goals. A key theme in this scenario is the relationship between cities, landscape and nature. Thus, an important premise is extensive set-aside schemes, including land exchange and a redistribution of farm land to reassign marginal land and low-lying areas to natural purposes.

Scenario Two is focused on ‘East Jutland as a competitive region in Europe’ and describes a significant improvement of East Jutland’s overall competitiveness and a strategy for making the region a more active player in relation to other regions in Europe. This scenario is based on the understanding that the individual municipalities in East Jutland do not in themselves have the  resources to create an environment of knowledge, innovation and production with sufficient capacity to enable regional companies to compete effectively with companies located in the large European cities and increasingly competitive urban regions.

Finally, Scenario Three looks at ‘the good everyday life’ outside the big cities with a focus on a possible mobilization of the welfare society at a regional level. It describes a development aimed at promoting close communities and equal access to basic welfare services. The scenario is intended as a countermove to the polarization between ‘winning’ and ‘losing’ cities, rich and poor areas, which has been growing in recent decades.

Download the full report as a pdf (only in Danish)